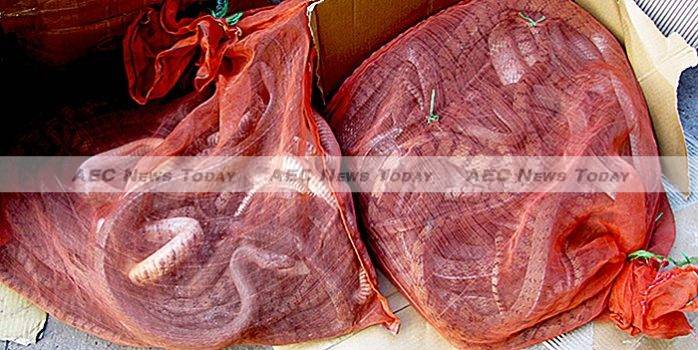 A proposal by the Royal Thai Police (RTP) to add wildlife and timber trafficking to the Asean Senior Officials on Transnational Crime (ASOTC) agenda has seen the ten-member nations adopt the proposal and resolve to protect biodiversity in the region.

As a result wildlife and forest traficking will now be considered as important as other crimes needing collective regional action including drug and precursor trafficking, human trafficking and smuggling, terrorism, and arms smuggling. Asean member states are now calling for a stronger response by law enforcement and criminal justice institutions throughout the region.

The proposal to include wildlife and timber trafficking on the ASOTC agenda was initially led by the RTP with the support of the United Nations Office on Drugs and Crime (UNODC) through a joint conference held in April.

Jeremy Douglas, UNODC regional representative for Southeast Asia and the Pacific welcomed the decision by the Asean ministers “in acknowledging the seriousness of environmental crimes such as wildlife and timber trafficking. There is a significant impact on biodiversity and billions of dollars generated a year for organised crime here in the region.”

“It is a step in the right direction for Asean and a signal to other regions to consider taking action on related UN resolutions. It will also help expand law enforcement and justice cooperation among Asean member states in-line with the UN Convention on Transnational Organized Crime (UNTOC)”, he said

According to Mr Douglas the protection of biodiversity and the trade of natural resources have been traditionally regulated by institutions associated with the Economic and Socio-Cultural Community in Asean.

The decision by the AMMTC, which includes institutions from the Political-Security Community – including police and prosecution authorities – will complement ongoing efforts by taking action against transnational and organized trafficking operations.

Giovanni Broussard, regional coordinator of the UNODC Global Programme on Combating Wildlife and Forest Crimes said “it is difficult to anticipate how member states will take the new policy forward given the diverse capacity of states in the region.

“Yet we hope that the decision will be taken on-board by national authorities and will result in the deployment of larger resources to specialised law enforcement departments. Over time this could bring higher professional standards in the investigation of cases related to the trafficking of ivory, rhino horn, tiger parts, pangolins and rosewood”, he added.