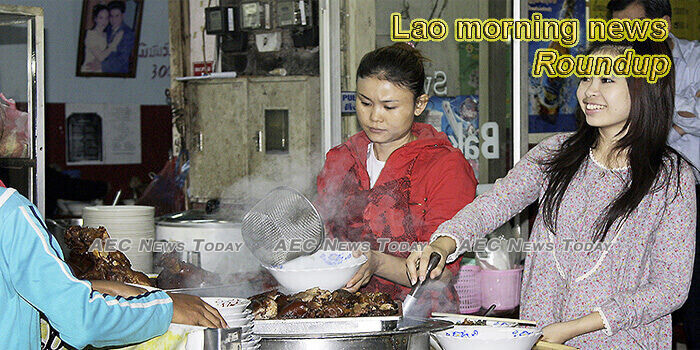 Laos Appoints New Electricity Chief Amid Growing Anger Over High Prices
Laos has appointed a new managing director of the state-owned Electricite du Laos power company, replacing the former director amid rising anger in the country over high rates for electricity in spite of growing levels of unemployment because of business closings to prevent the spread of coronavirus.
— RFA

Australia increases development aid for Covid-19 recovery
The Australian government has increased its bilateral development assistance to Laos by almost 25 percent this year, providing an additional AUD4.8 million to help mitigate the economic, social and health impacts of the Covid-19 pandemic.
— Vientiane Times

US embassy no longer issuing visas for Lao citizens: Consular Dept
The Consular Department, Ministry of Foreign Affairs has issued an official notice to inform the general public that the US government has suspended the issuance of visas to Lao citizens..
— Vientiane Times (paywall)

Australia Increases Development Assistance for Lao PDR COVID-19 Recovery
The Australian government has increased its bilateral development assistance to Laos by almost 25% this year, providing an additional AUD4.8 million to help fight the economic, social and health impacts of the COVID-19.
— KPL

Laos launches cultural heritage protection project for Champassak, Savannakhet
TimesThe Ministry of Planning and Investment and the French Development Agency (AFD) have launched a joint project for preserving and enhancing Laos heritage in Champassak and Savannakhet provinces.
— The Star

EDL to slash electricity bills for thousands of householders
Electricity du Laos (EDL) will reduce electricity prices for households using less than 461kwh per month for the three months of April, May, and June as part measures to offset the financial impact of COVID-19 in the country.
— Vientiane Times

Preserving Laos heritage: signing of a new project in southern Laos
Vice-Minister of Planning and Investment Kikeo Chanthaboury, and Country Director of the French Development Agency (AFD) in Laos Matthieu Bommier, in the presence of Ambassador of France to the Lao PDR Florence Jeanblanc-Risler, signed on Jun 17 a financing agreement of the amount of EUR 2,642,000 for the so-called Cultural Heritage Management, Preservation and Territorial Attractiveness (CHAMPA) Project in Champassak and Savannakhet provinces.
— KPL

Lao Citizens Question Plan to Build Statues For Soviet Pilots Amid COVID-19 Pandemic
Laos has unveiled plans to build statues to honor two unnamed Soviet pilots who died while serving in the Southeast Asian country, raising eyebrows among citizens who say the $775,000 earmarked for the project could be better spent on recovering from the COVID-19 epidemic.
— RFA

Farmers take advantage of seasonal forecast to assist crop planting
The nation’s Climate and Agrometeorology Division is helping farmers across Laos to prepare for crop planting from June to August through their Monthly Seasonal Agromet-Bulletin.
— Vientiane Times (paywall)

46 people killed on nation’s roads in May
The number of road accidents across the country decreased in May, but 46 people still lost their lives in collisions.
— Vientiane Times (paywall)