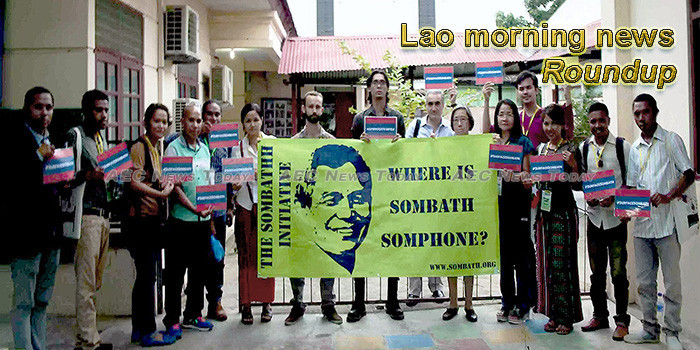 Laos national sentenced to death for trafficking over 300kg of drugs
According to the indictment, three months before being arrested, he befriended Hang A Chinh, a Vietnamese man, born in 1996 and residing in the Central Highlands province of Dak Nong.
— Vietnam Net

Cambodia-Laos Army Prepare to Withdraw Forces after Negotiation
Cambodia and Laos prepared to withdraw forces from the three-angle Cambodia-Laos border area, following the negotiations of the two leaders, according to Cambodian commander stationed at the site on Thursday.
— Fresh News

Global Wildlife Meeting Ends With Stronger Protection For Some Species, Lingering Questions For Others
The 18th Conference of the Parties to the Convention on International Trade in Endangered Species of Wild Fauna and Flora (CITES CoP18) closed yesterday in Geneva, with significant implications for the future of thousands of animal and plant species around the world.
— KPL

Can Laos Benefit from Farming Duckweed?
Duckweed, locally known as “Phuck Nae” is not new to many people in Laos where it is consumed as a food supplement. What people might not be aware of is, however, is that it has global commercial value.
— The Laotian Times

Water and Sanitation Subsidies Need to Better Benefit the Poor
Water and sanitation subsidies are disproportionately benefitting the better-off, according to a new report from the World Bank.
— Modern Diplomacy

NZ has role in world heritage site in Laos
A field of prehistoric jars in Laos has become a Unesco World Heritage Site, in part due to work done by a University of Otago palaeopathologist.
— Otago Daily Times