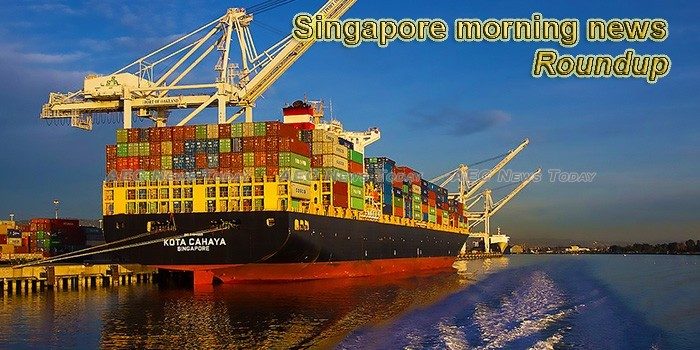 Singapore Honors Outstanding Researchers At PSTA 2018
Four individuals and a team of four have been awarded this year’s President’s Science and Technology Awards (PSTA), the highest honors conferred upon research scientists and engineers in Singapore.
— Asian Scientist Magazine

Singapore’s silver tsunami: Is HR prepared?
According to reports, Singaporeans live longer than most of their peers in the region.
– HRD Asia

Grab Shuts Down Late-Night Carpooling in Singapore Over Intoxicated, Argumentative Passengers
Ride-hailing firm Grab said on Wednesday it would stop offering car-pooling services during late-night hours in Singapore after drivers complained about some passengers being drunk and argumentative.
– NDTV

Tencent engineer slapped with fine for hacking hotel Wi-fi in Singapore
The State Courts of Singapore have slapped an engineer of Chinese internet giant Tencent Holdings with a S$5,000 (US$3,663) fine for hacking into a hotel’s Wi-fi server during his stay in the city state last month.
– South China Morning Post

Singapore can afford to be more aware of regional neighbours’ speedy progress
Although I do research on South-east Asia, everytime I am in one of the region’s major cities like Jakarta, Bangkok or Ho Chi Minh City, I am still always surprised by how fast these cities are growing.
– Today

Dr Christine Cheung On Why Singapore Needs More Leading Female Scientists
Dr Christine Cheung, who researches at the Laboratory of Molecular and Vascular Medicine at Nanyang Technological University (NTU), is the only woman honouree at this year’s Ten Outstanding Young Persons of Singapore award show organised by the Junior Chamber International Singapore.
– Prestige

HSBC Singapore ramps hiring to tap growing Asia wealth
As HSBC mounts an aggressive push to tap the burgeoning wealth in Asia, HSBC Singapore has targets to double total wealth – including deposits and investments – from the retail and private banking segment over the next five years.
– International Investment

Bulls Dominate as Oil Traders Wrap Up Their Annual Asian Shindig
The biggest gathering of oil traders in the world’s hottest market is drawing to a close.
As they leave Singapore and head back to their desks in Geneva, Houston and Shanghai, the mood is the most bullish it’s been in years.
– Bloomberg Quint

Singapore Morning News For May 28