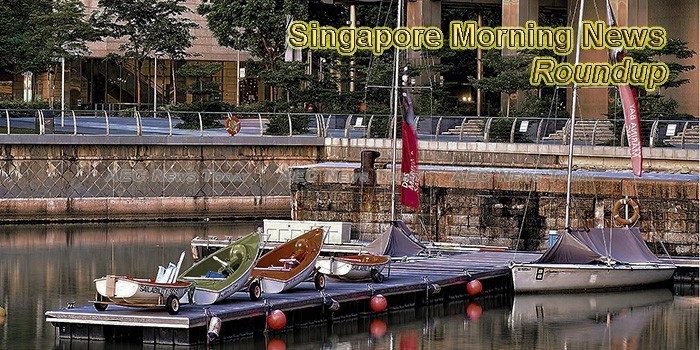 Singapore opposes any attempts that threaten freedom of navigation: Vivian Balakrishnan
Singapore’s Foreign Affairs Minister also warned about the impact of reining in trade liberalisation in his speech at the 10th Delhi Dialogue.
— Channel News Asia

Singapore ratifies Asia-Pacific trade deal for market of 500 million people
Singapore has ratified the Comprehensive and Progressive Agreement for Trans-Pacific Partnership (CPTPP), becoming the third nation to do so after Mexico and Japan.
— Straits Times

Malaysia must make clear its plan for KL-S’pore high-speed rail, further delay could hurt both sides: Analysts
Postponing the Kuala Lumpur-Singapore high-speed rail project will not only rack up huge costs for both sides the longer it drags out, but it will also delay the intended economic benefits, such as the development of regional areas in Malaysia, analysts said.
— Today Online

19-year-old is first Singaporean to embark on award-winning Arctic expedition
Victoria Lim’s fervour for the environment was fired up three years ago when she saw how passionate her peers were at a youth conference on climate change.
— Today Online

Race-based policies should stay, but beware dangers of racial exclusiveness and ethnocentrism: Academics
Race-based policies such as the CIMO (Chinese, Indians, Malays, Others) model and Ethnic Integration Policy should be retained, though Singapore should keep a watchful eye on them to avoid unwittingly promoting racial exclusiveness and ethnocentrism.
— Today Online

Singapore ratifies new trans-pacific trade deal
Singapore on Thursday (Jul 19) ratified the Comprehensive and Progressive Agreement for Trans-Pacific Partnership (CPTPP), becoming the third nation to do so after Mexico and Japan, the Ministry of Trade and Industry (MTI) said in a press release.
— Channel News Asia

Determining the optimal subsidy for public transport
A Public transport subsidies, though commonplace around the world, vary in magnitude. Subsidies are low in some cities and very high in other cities.
— Straits Times

Record fine for director with multiple breaches of the Companies Act
A company director was convicted and fined a record $57,000 for 38 charges ($1,500 per charge) in the State Courts on Tuesday (17 July).
— The Online Citizen

Ben will return to do NS, “unfortunate” that MINDEF thinks otherwise: Harvey Davis
he father of Singaporean footballer Benjamin Davis, who has signed a two-year contract with English Premier League club Fulham, stated that his son will be carrying out his National Service (NS) duties, contrary to the Ministry of Defence (Mindef)’s assumption regarding the issue.
— The Online Citizen