By Maria Mirasol Rasonable on August 9, 2018 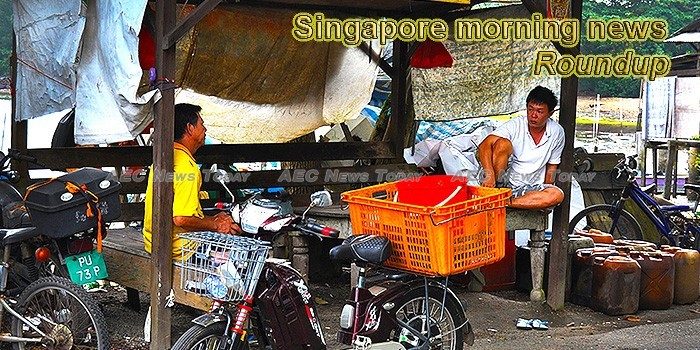 Ten years on, F1 success still paying dividends for Singapore
If hosting a Formula One race is said to announce a country’s arrival on the world stage, then none have done so as emphatically as the Singapore Grand Prix.
— Reuters

‘Salaries is not our starting point in looking for ministers’: Goh Chok Tong responds to criticism of comments on pay
Emeritus Senior Minister (ESM) Goh Chok Tong has responded to what he described as the “heated reactions” to his comments on how to attract people to serve as ministers and the role salaries play in getting people to serve in Government.
— Channel NewsAsia

Singapore public hospitals cave under pressure of overcrowding
Although globally hailed as one of the world’s most efficient healthcare systems, public hospitals in Singapore also face high congestion levels adding to the growing evidence suggesting that the medical infrastructure in the Lion City is failing to keep up pace with booming medical demand, according to research firm ValuePenguin.
— Singapore Business Review

Bold creative planning can re-imagine the country, says PM Lee in National Day Message
The work of building Singapore is not done, and bold, creative planning will allow the heartland to be remade, communities to be rejuvenated and the country to be re-imagined, said Prime Minister Lee Hsien Loong on Wednesday (Aug 8).
— The Straits Times

Can Singapore crack down on corporate malpractice before another scandal erupts?
Against the stain of corporate scandals tarnishing Singapore’s squeaky clean reputation to the global stage, the Monetary Authority of Singapore (MAS) has approved amendments to the Code of Corporate Governance in an effort to ensure board independence and rein in corporate wrongdoing.
— Singapore Business Review

Singapore minister rallies ASEAN behind fight vs fake news
Singapore on Tuesday asserted the need for Southeast Asian states to address the proliferation of fake news, citing its damaging- even at times deadly- consequences.
— ABS-CBN News

Estonia’s cyber lessons for Singapore
The small country is a digital powerhouse, being a world leader in government e-initiatives. And it takes a tough and also unique approach to cyber security, with citizens heavily involved.
— The Straits Times

Senior Minister of MEWR says no to plastic bag charge
The issue of plastic pollution in Singapore continues as questions are raised in Parliament for the Senior Minister of State for Environment and Water Resources (MEWR), Dr Amy Khor.
— TOC

Former Robuchon chef Vianney Massot to helm Bacchanalia, aims for two Michelin-stars
One-starred Michelin restaurant Bacchanalia will have a new chef at the helm from September and has set its sights on achieving a two-star rating under French chef Vianney Massot from the now-defunct L’Atelier de Joel Robuchon.
— TodayOnline

Singaporean-created Sharkdog series a Nickelodeon first
While playing with her dog during Discovery Channel’s Shark Week television programming, Singaporean storyboard artist Jacinth Tan came up with the quirky idea that would lead to her first big break.
— The New Paper

A time for reflection: This is my country, this is my heritage
National Day is an occasion when the country remembers its past and celebrates its achievements.
— The Straits Times