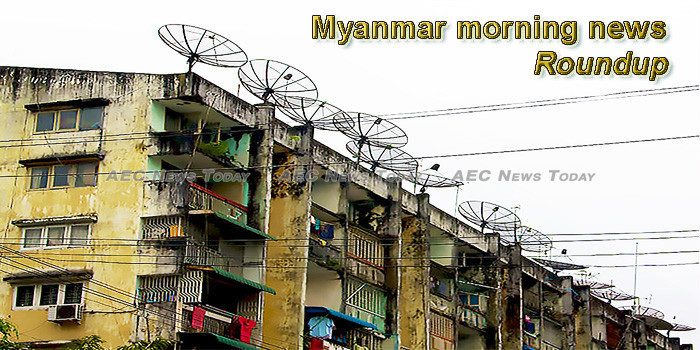 China fails to stop U.N. Security Council Myanmar briefing
China, backed by Russia, failed on Wednesday to stop a United Nations Security Council briefing by the chair of a U.N. inquiry that accused Myanmar’s military of genocide against Rohingya Muslims and urged the 15-member council to push for justice.
— Reuters

A new plan for sustainable development
UNDP Myanmar has a new country programme, approved earlier this year. Within its framework, the United Nations Development Programme will work during the next five years with government, development partners, civil society groups, the private sector and all communities to help Myanmar achieve sustainable development.
— Myanmar Times

Rohingya Genocide Is Still Going On in Myanmar, Says Top UN Human Rights Investigator
A month after UN’s Fact-Finding Mission issued a hard-hitting report concluding that widespread and systematic violence against Myanmar’s minority Muslim Rohingya community had taken place, UN investigators have issued a new warning saying that those Rohingya who remain in Myanmar continue to suffer a “genocide.”
— Latestly

Telenor loses 1 mln customers in Myanmar in Q3, revenues decline
Telenor Myanmar posted an operating profit of NOK 84 million in the third quarter of 2018, down from NOK 403 million in the year-ago period. The operator’s total revenues for the quarter amounted to NOK 1.34 billion, down from NOK 1.55 billion in the same period the previous year.
— Telecompaper

Solid waste management essential to save Cox’s Bazar [EN/BN]
Population of Cox’s Bazar’s Ukhiya and Teknaf upazilas has risen to more than 1.5 million people due to the Rohingya influx.
— Relief Web

Special envoy sees need for UN role in Rakhine
The presence of the United Nations and its partners in northern Rakhine State would boost the confidence of the refugees in the repatriation process, according to Christine Schraner Burgener, UN special envoy to Myanmar.
— Myanmar Times

Rising demand for home loans could stabilise property market
Housing loans and repayments of those loans in monthly instalments have begun to flourish in Myanmar’s real estate market since the beginning of this year, as more construction companies and real estate developers collaborate with banks to make home ownership more accessible.
— Myanmar Times

Going beyond business, empowering communities
For the first time ever, Laos and Myanmar joined the winners’ circle, predicting the imminent rise of the two nations.
— Business Times (annoying pops)

Myanmar shows ‘no real interest in building democracy’
The UN’s human rights expert on Myanmar said she was dismayed by the failure of the country’s leadership to take the path of democracy, and at their persistent denials and attempts to deflect attention concerning allegations of atrocities committed against the Rohingya.
— Scoop World

UN expert says North Korea’s rights abysmal despite summits
Quintana recalled that in his previous job as U.N. investigator in Myanmar, he raised alarm about “crimes against humanity” being committed by the military during that country’s political transition in 2012 but his concerns were put aside.
— Manila Bulletin

3 arrested for illegal fishing
Three hunters, including a Myanmar national, have been arrested for illegally fishing in one of the country’s most fertile freshwater sources in the western complex of the Thungyai Naresuan Wildlife Sanctuary, according to the sanctuary authorities.
— Bangkok Post

If human rights shelved in NKorea talks, look at Myanmar: UN
A United Nations investigator voiced concern about human rights being sidelined during US and South Korean talks with North Korea over its nuclear and ballistic missile programs, warning on Tuesday: look at what happened in Myanmar.
— The Daily Star

SLP Environmental to extend services in Myanmar
Bangkok-headquartered SLP Environmental has announced the extension of its environmental, health and safety (EHS) compliance auditing services to cover Myanmar, having spent the past year compiling a comprehensive in-house database of the existing and upcoming legislation and statutory guidance relating to EHS performance in the country, environment-analyst.com reported.
— Mizzima

Bilateral trade with Germany over $USD 320 million
Myanmar’s trade with Germany from April to August in the past interim period amounted to US$321.7 million, comprising $245 million worth of export and $76.67 million valued import, according to the statistics released by the Ministry of Commerce, state media reported.
— Mizzima

Buddhist Pagoda in Myanmar Offers Refuge to Snakes
aung Daw Gyoke Pagoda in Maynmar’s Twante Township, just south of the former capital Yangon, has received the nickname Hmwe Paya or “snake temple” from locals. Located in the middle of of a lake, the temple houses some 30 pythons, some measuring two or three meters in length, that can be found draped across windows and basking in the warmth of the sun, gliding across the temple’s floors, coiled around the many Buddha statues, or weaving themselves through the branches of the tree in the pagoda’s main hall.
— Buddhist Door

Traditional festival lights up Myanmar
Myanmar is now filled with colorful lights and people are seen everywhere to celebrate the traditional Thadingyut festival which is known as festival of lights.
— Xinhuanet

Rohingya crisis: There’s no plan and not enough money, says Christian Aid
A year after a ‘pledging conference’ held at the UN in Geneva aimed at raising funds from international donors, Christian Aid said there was still no long-term plan for protecting those affected by Myanmar’s action against its Rohingya minority.
— Christian Today

New rule requires imports to have Myanmar language labels
IMPORTED goods must have labels and instruction manuals in the Myanmar language within six months or they could be taken off the market, according to the Consumer Affairs Department.
— Myanmar Times

Singapore’s Radeem Rahman is ready to pull off the upset in Yangon
Rakhine fisherfolkOn Friday, 26 October, the Singaporean will take on Masakazu “Ashikan Judan” Imanari (36-18-2) at ONE: PURSUIT OF GREATNESS, which will take place at the Thuwunna Indoor Stadium in Yangon, Myanmar.
— The New Paper

Rakhine fisherfolk struggle despite fisheries export boom
MORE than 560,000 tonnes of fish were exported last year, the highest volume in the past 20 years, worth over US$700 million (K1.1 trillion), according to the government.
— Myanmar Times