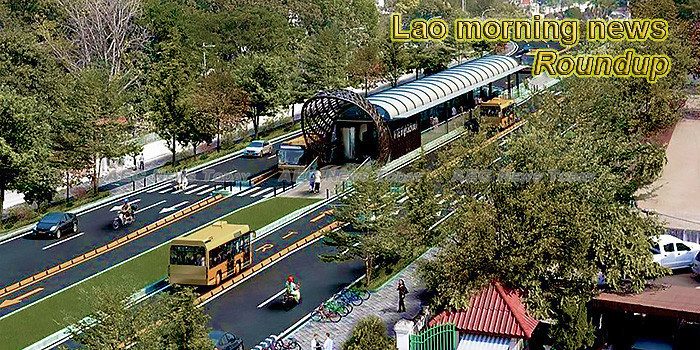 Laos dam collapse: bombshell accusations, few answers (video)
Questions, accountability concerns, and controversies continue to swirl around the Laos dam disaster in July that killed more than 40 villagers, as evidenced by a range of new reports that stretch from South Korea to Thailand.
— AEC News Today

Korean firms seek Lao business partners
Laos is hopeful of boosting cooperation with the Republic of Korea in logistics and the tourism industry, building on the two countries long-term trade and investment relations.
— Vientiane Times

Contractor revs up work on Donnokkhoum-450 Road
The company contracted to build an 11-km road running from Donnokkhoum village in Sisattanak district to the 450 Year Road in Xaysettha district is speeding up the pace of work, aiming to complete the project by the end of 2019.
— Vientiane Times

Nghe An police seize big amount of meth, heroin from Lao traffickers
Police in the central province of Nghe An, in collaboration with the Drug Crime Investigation Department under the Ministry of Public Security, on October 26 discovered a group of Lao citizens smuggling drugs into Vietnam.
— Saigon Online

President Congratulates Newly Elected Vietnamese Counterpart
President Bounnhang, who is also Secretary General of the Lao People’s Revolutionary Party, on behalf of the Party, government and multi-ethnic people of Laos and on his own behalf, sent a congratulatory message to President Trong in Hanoi.
— Lao News Agency

Waters Refreshed, Wishes Released: Retreating Rain As Laos Lights Up
Rain has made way for blue skies as annual festivities and devotions inside and outside the nation’s temples and on water for the finale of the annual Vassa (Buddhist Lent) brought the light and colour to both day & night in Laos again this week.
— The Laotian Times