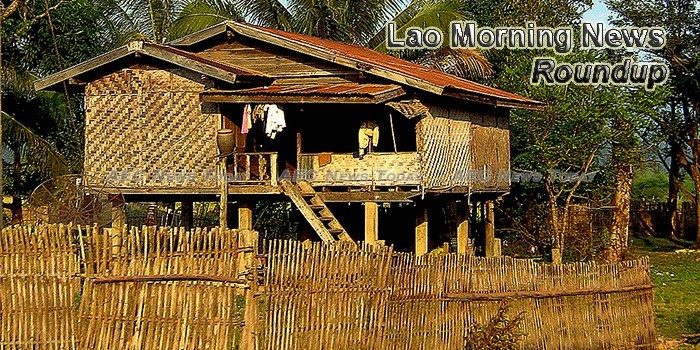 US slaps sanctions on Laos Golden Triangle ‘casino’ in bid to break up narco-empire
The U.S. Treasury Department has slapped sanctions on a gambling empire hacked from the Laotian jungle which it said was involved in drug, human and wildlife trafficking and child prostitution.
— Channel News Asia

Govt resolves illegal import of thousands of vehicles
The government last year documented and processed the paperwork for 11,030 vehicles and motorbikes that had been imported unlawfully, according to an official report.
As much as 177.7 billion kip was generated from tariffs, taxes and fines levied on people who failed to follow the proper procedures.
— Vientiane Times

Japan Supports Pediatric Project in Huaphan
The government of Japan has provided grant assistance worth 265,971 US dollars for a pediatric project in Huaphan, a northern province of Laos.
— Laos News Agency

Visa-less elephant flaunts Yunnan’s international border protocols
Sometimes, not very often, but occasionally, the news coming out of Yunnan has nothing to do with statistical government accomplishments, infrastructure gains or newly promulgated policies. Sometimes a story is just fun. That is certainly the case this week as video from a border checkpoint emerged showing an elephant hopping a checkpoint fence in Xishuangbanna Prefecture and strolling slowly into neighboring Laos.
— GoKunming

Almsgiving draws devotees to Vat Phou festival
Thousands of devotees from Laos and nearby countries gathered yesterday at the Vat Phou temple complex for an almsgiving ceremony on the final day of the annual Vat Phou festival in Champassak province.
— Vientiane Times

Laos, U.S. Cooperate to Prepare for Natural Disasters
Laos and the United States are working to prepare for future disasters through a new project called “Prepared and Resilient Communities in Lao PDR” funded by the United States Agency for International Development (USAID).
— Laos News Agency