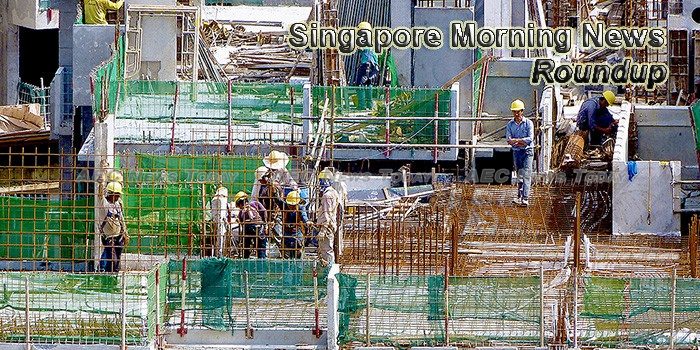 Singtel group profit grows 2% in Q4
Singtel lifted its net profit for the fourth quarter by 2% to S$963 million ($692 million), as growth at home and a strong performance at Indonesian affiliate Telkomsel compensated for lower contributions from a struggling Bharti Airtel.
– Telecomasia

At least two NUS computers compromised in new attacks
A fresh round of cyber attacks has been made on National University of Singapore (NUS) computers, weeks after the discovery that hackers had broken into its networks – and those of the Nanyang Technological University – to steal government and research data.
– The New Paper

Expat packages are worsening in Singapore and Hong Kong: Survey
The value of pay and benefits packages for expatriates moving to Hong Kong and Singapore continued to decline last year, according consultancy firm ECA International.
– The Edge Markets/ Bloomberg

Singaporean banks bulk up in wealth management
A pullback by global competitors is giving Singaporean banks opportunities to expand their wealth management operations in Asia. The latest case in point came on May 11, when Oversea-Chinese Banking Corp. said it is buying National Australia Bank’s retail banking operations in Singapore and Hong Kong.
– Nikkei Asian Review

8,700 HDB flats on offer in May BTO, balance flat launch
A total of 8,748 new flats were launched on Thursday (May 18) under the May 2017 Build-to-Order (BTO) and Sale of Balance Flats exercise, the Housing and Development Board (HDB) said.
– Channel NewsAsia

Inside Interpol’s Singapore cybercrime-fighting complex
In the wake of a ransomware cyber-attack that hit at least 200,000 computers in more than 150 countries, Microsoft President Brad Smith criticized the way governments are slow to share countermeasures.
– CNBC

Non-oil domestic exports drop 0.7% in April
Exports have been on a winning streak, but an unexpected slump in the volatile pharmaceutical segment stalled the recovery last month.
– The New Paper

Singapore 3rd in the world for life expectancy: WHO report
Singaporeans live longer than most other nationalities and they also do so in full health, according to the latest World Health Statistics report by the World Health Organisation (WHO).
– Today