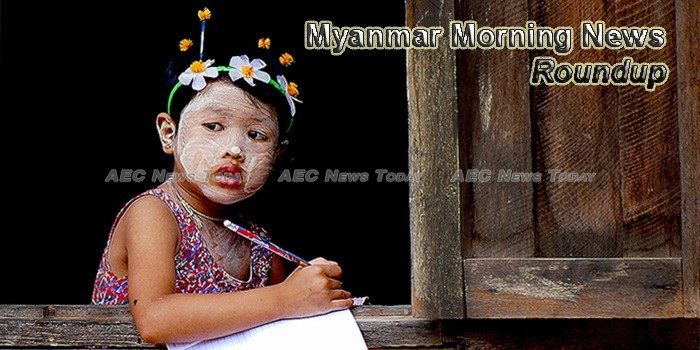 China and Russia oppose UN resolution on Rohingya
The UN general assembly has urged Myanmar to end a military campaign against Muslim Rohingya and called for the appointment of a UN special envoy, despite opposition from China, Russia and some regional countries.
— The Guardian

Myanmar invited to observe military drill despite criticism
The Myanmar military, which has been accused of ethnic cleansing against the country’s Muslim Rohingya minority, has been invited back as an observer in a major multinational military exercise next year led by the United States and Thailand.
— The Straits Times (paywall)

SolarHome to invest $5m more in Myanmar
MYANMAR’S huge demand for solar power to serve millions of people in rural areas who cannot reach the national grid has pushed SolarHome, a regional solar provider for off-grid households, to expand further through US$5 million (Bt164 million) in investments next year.
— The Nation

Smartphone apps ring changes in Myanmar countryside
When disease or insect infestation struck his rice plants in years past, farmer Kyaw Shwe could only guess at causes and remedies. Recently, however, he simply clicked on an app on his smartphone and discovered that his crop was being ravaged by Scirpophaga incertulas, the yellow stem borer. He also found the specific pesticide he needed to kill it.
— Nikkei Asian Review

US weighs more Myanmar sanctions
The United States is considering further actions against those responsible for “ethnic cleansing” of Rohingya Muslims, after one Myanmar general was blacklisted, according to the State Department.
— Daily Times

Businesses help shape new tax law
MORE THAN 150 executives from different companies recently gathered at the Union of Myanmar Federation of Chamber of Commerce and Industry (UMFCCI) office to provide inputs on the Union Tax Law, which would soon be enacted.
— Eleven Myanmar

Myanmar initiates a new programme on Authorized Economic Operators-AEO
As part of Myanmar government’s efforts to enhance customs administration, the Customs Department initiated the new program on Authorized Economic Operators-AEO and conducted the public awareness for the import and export companies, agencies, freight forwarders and departments concerned at the Union of Myanmar Federation of Chambers of Commerce and Industry (UMFCCI), Yangon.
— Mizzima