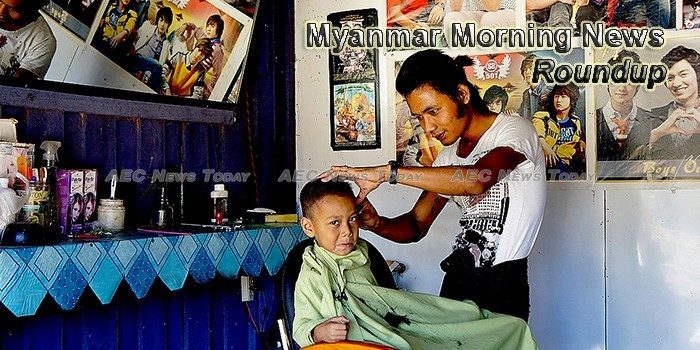 Bangladesh, Myanmar Agree on Joint Group to Oversee Rohingya Repatriation
Bangladesh and Myanmar agreed Tuesday to establish a bilateral group to oversee the voluntary repatriation, starting next month, of as many as 700,000 Rohingya Muslims who fled violence in Rakhine state since October 2016.
— Radio Free Asia

A Mass Grave Has Been Found in Western Myanmar, the Military Says
Myanmar‘s army said on Monday that security forces have discovered a mass grave on the edge of a village in Rakhine State, and have launched an investigation.
— Time

UNHCR survey of Myanmar refugees finds health, safety worries, but community spirit strong
This is a summary of what was said by UNHCR spokesperson Andrej Mahecic – to whom quoted text may be attributed – at today’s press briefing at the Palais des Nations in Geneva.
— UNHCR

One Week, No Word. Myanmar Is Under Pressure Over ‘Arbitrary Detention’ of Two Reuters Journalists
Pressure is mounting on authorities in Myanmar to release two Reuters journalists who have been held incommunicado by police for a week after their arrest for alleged violation of a colonial-era “official secrets” law.
— Time

Myanmar rice exports highest in 50 years in 2017-18
Demand for rice produced in Myanmar has risen to its highest level in 50 years in the current 2017-18 fiscal year, with rice exports estimated to have increased to 2.5 million-2.8 million tonnes compared to the previous estimate of 2.2 million tonnes, said U Khin Maung Lwin, assistant secretary of the Ministry of Commerce.
— Myanmar Times

What medicine for Myanmar’s ailing economy?
From the onset of the new millennium to 2010, Myanmar experienced double-digit growth for 11 years in succession. Over this decade, most Asian countries did not have any years of double-digit growth at all. Bhutan had two years, Cambodia had four and even China only experienced double digits in six years out of those eleven years. Moreover, the average growth of18 Asian countries for the decade was 5.6 per cent, whereas Myanmar’s was 12.2 per cent — more than twice the average.
— East Asia Forum