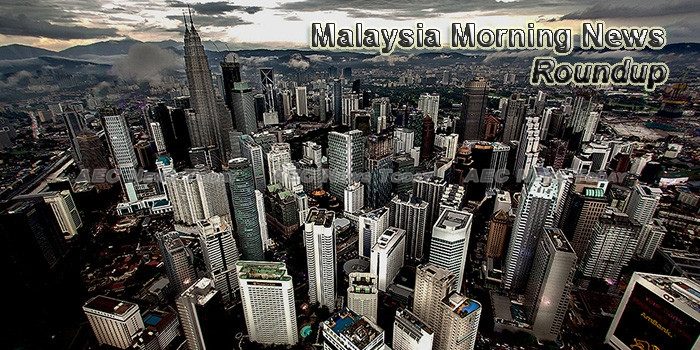 Malaysia inks cross-border power deal with Thailand and Laos
MALAYSIA will be able to purchase up to 100mw of hydropower from Laos starting next year, thanks to the signing of the Energy Purchase of Wheeling Agreement between Malaysia, Laos and Thailand.
—The Malaysian Insight

Malaysia to Get New China Security Equipment
On September 27, Malaysian Deputy Prime Minister Ahmad Zahid Hamidi disclosed that he had agreed in principle to acquire high-tech equipment to combat crime from China following his engagements with Chinese counterparts this week. The move is another step in the slow development of defense ties by the two sides in spite of challenges that remain.
—The Diplomat

Tourism to maintain position as 3rd largest contributor
Aggressive measures taken to boost Malaysia’s tourism and hospitality industry, which include hotels, foods, restaurants, chefs, as well as food services equipment and suppliers doing their part, will help maintain the industry as the third largest contributor to Malaysia’s economy.
—The Borneo Post

Saudi Arabia’s ALBAIK mulls setting up Asean HQ in Malaysia
ALBAIK, a popular chicken and seafood quick service restaurant chain in Saudi Arabia, is considering Malaysia as its regional headquarters for its expansion into the Asean market.
—The Edge Markets

Amplifi launches in Malaysia
The Malaysia launch of DAN’s media investment arm is its eighth across Asia Pacific.
—Campaign

Govt may pay up to RM400m to compensate Ampang Park owners
The government may be paying compensation of between RM300mil and RM400mil to acquire Ampang Park mall from strata shoplot owners in order to proceed with the second mass rapid transit (MRT) line, according to sources.
—The Star Online

Sapura Energy H1 results below forecast, says CIMB Research
Sapura Energy Bhd’s core net profit of RM8mil in the first half ended July 31, 2017 was in contrast with its earlier RM8.6mil loss forecast but with the cycle still weakening, the results were below expectations, says CIMB Equities Research.
—The Star Online

Malaysia: The rise of the rent generation by default
For the past decade, Malaysians have been hit by soaring house prices to the limit that those earning salaries of up to RM6000 (S$1933) cannot even afford to buy a decent single-storeyed link home.
—The Independent

Taste of the exotic: ‘fatty rice’ condoms from Malaysia
A Malaysian condom company is hoping to spice up sex lives with a contraceptive that tastes like the country’s ultimate comfort food—a chili-infused rice dish known as nasi lemak.
—Medical Press

Malaysia Morning News For May 24