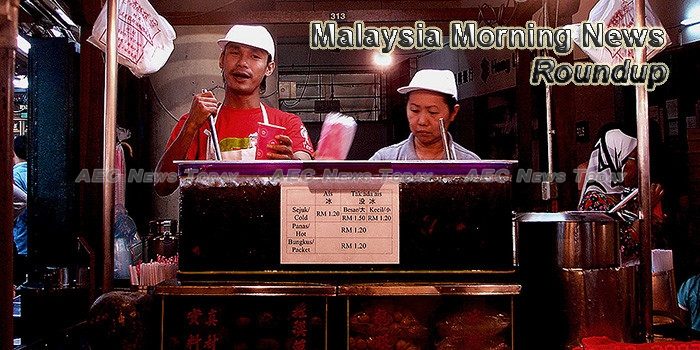 Almost 800,000 Malaysians on travel blacklist, more than half are PTPTN defaulters
As many as 790,186 Malaysians have been blacklisted and prevented from leaving the country because of various offences, according to the Immigration Department.
— The Star Online

What’s Malaysia’s Role in the New Islamic Anti-Terror Coalition?
On November 26, the defense ministers of a Saudi Arabia-led, pan-Islamic anti-terrorism coalition met in Riyadh for their first coalition meeting to both officially launch the coalition as well as discuss potential initiatives and partnerships. Malaysia was among those present in yet another illustration of the Southeast Asian state’s cultivation of closer ties with Riyadh as well as its broader counterterrorism efforts with external partners.
— The Diplomat

Ukraine seeks to supply eggs, poultry to Malaysia
Ukrainian dairy and poultry companies are seeking to supply Malaysia with their products, the country’s state service for food safety said on Monday.
— Reuters

Digital economy in the spotlight as Malaysia commits to tech expansion and education
Malaysia has taken another step towards expanding its digital economy, with the newly tabled 2018 budget containing a series of initiatives designed to promote growth in tech companies and ICT skills development.
— Oxford Business Group

‘Incorporate industry 4.0 elements in education’
The International Trade and Industry Ministry (MITI) has urged educational institutions to consider incorporating elements of Industry 4.0 into their current syllabus.
— The Borneo Post

Crayon Malaysia eyes opportunity in digital transformation landscape
Nowadays businesses no longer see information technology as merely a cost component. As return on investments (RoI) on IT improves — such as how remote working, cloud computing or Internet of Things improve productivity — IT spending too, has expanded from under 5% of total cost base to a double-digit rate.
— The Edge Markets

Top Glove wants to buy Aspion for RM1.3bil to boost profits
Top Glove Corp Bhd says the plan to buy surgical glove maker Aspion Sdn Bhd for at least RM1.3bil will boost the group’s profits by a fifth in the financial year ending Aug 31, 2018 (FY18) and accelerate the group’s expansion into the highly lucrative segment of the market.
— The Star Online

Rebound in crude oil prices a boon to economy as GDP stays consistent
In tandem with the modest recovery in crude oil prices, Malaysia’s Gross Domestic Product (GDP) growth expanded on an incline starting in the third quarter of financial year 2016 (3QFY16) with growth breaching the five per cent mark for three consecutive quarters in 2017.
— The Borneo Post

Malaysia seizes pangolins scales moving through mail centre
Pangolin scales in the mail? That’s exactly what Malaysian Customs found when they scanned 13 boxes from Sabah and Sarawak at the Kuala Lumpur International Airport’s Mail and Courier Centre 10 days ago.
— Traffic