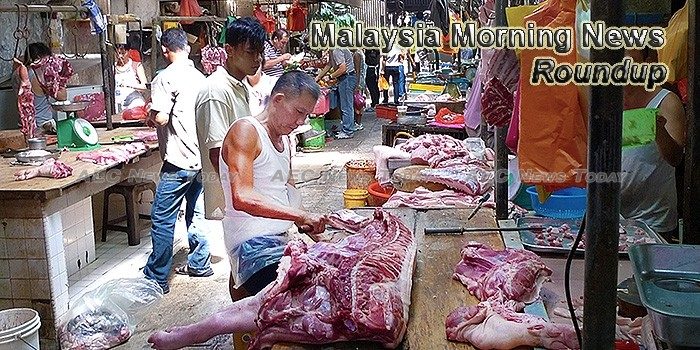 Banks’ asset quality likely to drop
After years of improvement, the asset quality of Malaysian banks could see some deterioration with the banking system’s gross impaired-loan (GIL) ratio expected to touch 1.8% this year, although this figure is still favourable compared with their Asean peers.
— The Star Online

Perak pays price for ‘excessive tourism’
Pulau Sembilan, a cluster of nine islands off Perak, has been declared off-limits because of public apathy and environment degradation.
— Malay Mail Online

Malaysia off to a flying start in 2017, says Najib
Datuk Seri Najib Razak said Malaysia recorded many achievements to be proud of in the first three months of this year (Q1) and had received positive reports in local and international media.
— Malay Mail Online

Good Q1 For Malaysia – Najib
Datuk Seri Najib Tun Razak said Malaysia recorded many achievements to be proud of in the first three months of this year (Q1) and had received positive reports in local and international media.
— Malaysian Digest

Najib denies ‘M’sia among 10 most corrupt countries’, decries enemies’ lies
Prime Minister Najib Abdul Razak has reminded the people regarding crucial matters which could destroy the country including being the country’s covert enemies or conspiring with the country’s enemies.
— Malaysia Kini

What lies ahead for a stateless child in Malaysia?
Children who are born in Malaysia but fail to get citizenship are thrown into a complex bureaucratic and legal mess, leaving them with an uncertain future that can appear hopeless.
— Yahoo News

Partner search: Why 2 foreign bidders regard Proton as valuable?
Two huge car companies with global operations are now running neck-and-neck bidding for a majority stake of Proton, with both offering many sweeteners to win over the Malaysian car maker.
— New Straits Times