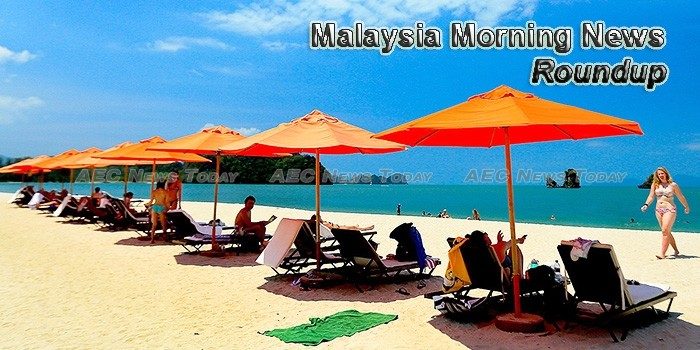 Malaysia morning news roundup by AEC News Today is your one stop source for Malaysia news on matters of governance and policies affecting Asean business communities.

Malaysia, North Korea to begin formal talks over return of Malaysians: minister
Malaysia will in the coming days begin formal talks with North Korea on the return of nine Malaysians stranded in Pyongyang, the Southeast Asian nation’s foreign minister said on Saturday, after they were barred from leaving the country amid a diplomatic spat.
— Reuters

Conflict of interest over Setapak high-rise, high-density project?
A proposed construction of a high-rise development project in Taman Tiara Titiwangsa, Setapak, has raised the ire of residents who questioned the legality of the project.
— Malay Mail Online

No dearth of capital in SEA, valuations to be modest: Reapra’s James Bitanga
Venture Capital firm and business builder Reapra Pte Ltd, an aggressive investor in Southeast Asia with 30 companies funded last year, is expanding into diverse sectors in the region while being bullish on digital media,
education and real estate in the region, a top executive with the company said.
— Deal Street Asia

Poser over mystery Malaysian drug smuggling mastermind
It has been nearly a year since the 21 suspected Malaysian ‘drug mules’ were tethered by the Thai authorities while allegedly attempting to smuggle 226kg of ‘Ice’ (crystal meth or Syabu) and eight kilogrammes of heroin into Malaysia.
— BorneoPost Online

Oil prices face uncertainty again
COULD the plunge in the price of oil last week be the start of a reversal in prices which have been on the mend since the pledged production cut in January?
— The Star Online

Leaders without vision will hamper progress of country, PM says
Malaysia will become weak and non-competitive if the country is led by leaders without a vision, said Prime Minister Datuk Seri Najib Razak.
— Malay Mail Online