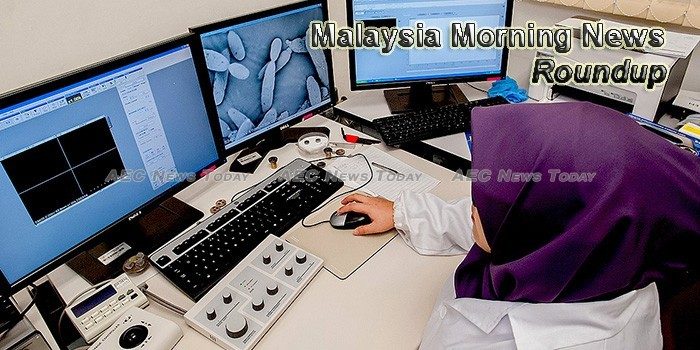 Elections won’t change stable business climate in Malaysia: Treasury Secretary-General
Entrepreneurs need not worry about how Malaysia’s looming elections will affect the business environment as it is a stable country with a stable government and “nothing will change”, Treasury Secretary-General Irwan Serigar told Channel NewsAsia on Tuesday (Dec 12).
— Channel News Asia

Malaysia airports see 4.8% rise in passengers in November
The number of passengers passing through the 39 airports that Malaysia Airports Holdings Bhd (MAHB) manages in the country rose by 4.8% year-on-year (y-o-y) in November 2017.
— The Edge Markets

ABM says it members remain supportive to o&g sector financing
The Association of Banks in Malaysia (ABM) says its members, comprising 27 commercial banks, have remained supportive and will continue to provide access to financing for viable businesses including the oil and gas (O&G) sector.
— New Straits Times

Ringgit expected to strengthen further in 2018
The Malaysian ringgit has emerged as one of the top performing currencies, strengthening by about 7.2% against the US dollar so far this year.
— Free Malaysia Today

Everything You Need to Know About Malaysia’s Election: Q&A
Malaysia is preparing for a general election in 2018 and the outlook is promising for Prime Minister Najib Razak. It’s been an uncomfortable few years, with headlines swirling about a scandal over the finances of a state fund and unhappiness over rising living costs. But Najib is arguably in his strongest position since his narrow victory in the 2013 ballot, with the economy picking up and the opposition in disarray.
— Bloomberg