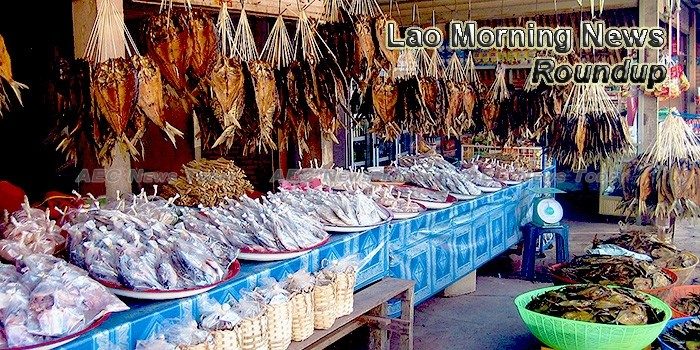 Troubled road project along Lao-Cambodian border rolls on
Work by military engineers on a contentious road skirting Cambodia’s border with Laos – which has prompted a military stand-off in the area – has quietly resumed, local officials say, even as run-ins between Cambodian and Lao military patrols in the disputed area have further heightened tensions.
— The Phnom Penh Post

Pi Mai Lao Summer Storm Forecast
The Department of Meteorology and Hydrology forecast on April 10 that a new summer storm is expected to enter the country from April 12 to 16.
— Lao News Agency

How the Hmong-CIA alliance shaped government policies today
The war in Laos (1961-1975) brought the U.S. Central Intelligence Agency and Hmong together as allies when the agency engaged the Hmong to fight the North Vietnamese and the Communist Pathet Lao.
— Madison.com