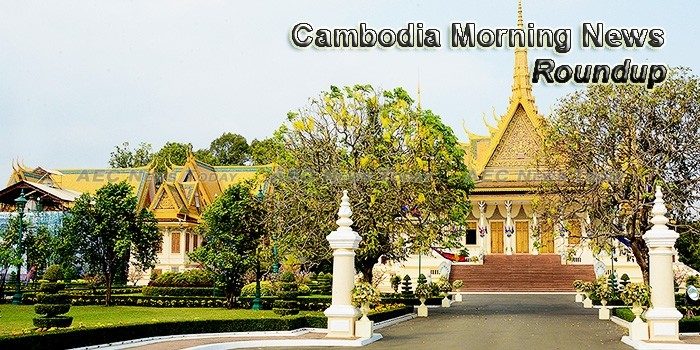 Push to reduce chemical dependency
The Ministry of Agriculture is working to develop a procedural framework for the trade and use of biological control agents (BCAs) in agriculture in an effort to improve crop yields, protect consumer health and ensure continued access to key export markets.
— The Phnom Penh Post

NEC Says It Will Recognize CNRP Commune Election Candidates
The National Election Committee (NEC) won’t stop CNRP candidates from running in June’s commune elections, even if the Interior Ministry invalidates the party’s recent change in leadership, a spokesman said on Monday amid speculation from analysts that the government was seeking to bar the opposition from the ballot.
— The Cambodia Daily (paywall)

PM Calls for Insult-Free Campaign for Commune Elections
Prime Minister Hun Sen, who has a long track record of hurling insults at his political rivals, on Monday called for a campaign season free from personal attacks in the lead-up to June’s commune elections.
— The Cambodia Daily (paywall)

Super Duper to branch out
Super Duper, a Western-styled 24-hour supermarket that first launched in early 2015, is planning to open its second branch in June in response to a strong demand for clean wide aisles and a vast array of local and imported grocery products, including hard-to-find items, a company executive said yesterday.
— The Phnom Penh Post

Hun Sen tells parties to refrain from insults, drawing accusations of hypocrisy
In the middle of what observers and experts have described as a sustained legal, political and, at times, physical onslaught against the opposition, Prime Minister Hun Sen yesterday called for parties to refrain from attacking or insulting their opponents in the run-up to the June commune elections.
— The Phnom Penh Post

Official Blames Factory Worker for Fatal Generator Explosion
An explosion at a Phnom Penh garment factory that killed one worker and injured seven others last week was caused by an operator who stoked a wood-fired generator because he wanted extra time for lunch, an official said on Monday.
— The Cambodia Daily (paywall)

Thai gov’t won’t rescue agitator for protesting Cambodia casino
Thailand’s deputy prime minister has warned a local agitator that he’s on his own if Cambodian authorities arrest him for protesting a new border casino.
— Calvinayre.com