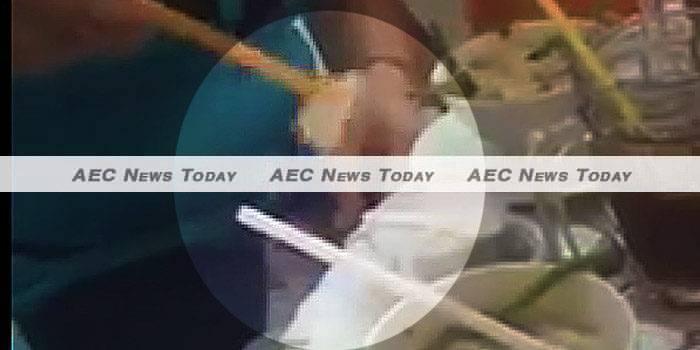 In Charles Dickens’s novel Oliver Twist the gang of child pickpockets and thieves is taught their criminal skills by a dodgy character known as Fagin.

Praying on the vast number of homeless children in London in the 1800s he would put them to work as pickpockets and thieves in return for providing food and shelter. Although fictional, the word Fagin is often used these days in comparison with adults who use children for illegal activities.

While some Vietnamese citizens will be familiar with the Dickens classic due to performances in the past by the British theater company TNT, it’s doubtful the guests at this Vietnamese wedding reception expected a chapter of Oliver Twist to form part of the evenings proceedings.

However, that’s exactly what occurred at this Vietnamese wedding party as the guests partook of the festive part of the event where, in true Vietnamese tradition, lots of delectable courses are served, along with (usually) copious amounts of alcohol as friends and family relax after a long and grueling day helping the bride and groom celebrate their auspicious occasion.

In the video clip above a well dressed middle-aged women with two young children can be seen repeatedly taking food from the banquet table and putting it into a ziplock plastic bag in her lap.

Discarding shrimp, chills, and other items, the woman and one of the children troll through the morsels available, before stuffing the bounty, along with a what appears to be a frozen ice cream, into her shoulder bag. According to the original poster it didn’t end there, with cans of soft drink and even napkins disappearing into the woman’s lap.

After making her bag look as inconspicuous as possible the woman then directs one of the children to spirit the purloined booty away, much like drug traffickers have been known to use children as carriers of far more dangerous items than a few spring rolls and BBQ pork slices.

Hold the phone though. There are many reasons a person could be filling their own doggy bag at a Vietnamese wedding party. Isn’t a ziplock bag part of the key’s cash, camera, check one does on the way out the door on the way to  Vietnamese wedding? It only gets nefarious when it turns out the person doing so wasn’t on the guest-list to begin with, as is the case here.

While ‘no-shows’ are somewhat of a rarity at Vietnamese weddings, reports of a Vietnamese wedding party Fagin have set Vietnamese social media channels abuzz, with some going as far as claiming  the woman’s actions cause the entire nation to ‘lose face’, while others claim her actions strike at the core of Vietnamese culture and traditions.

While it is unlikely we’ll ever know whether the woman and her two protege ever graduate to higher crimes than food theft and gate crashing weddings, the woman might be well advised to frequent herself with what became of the original Fagin – arrested, tried for his crimes, and sentenced to death.