Isaan Under Contract – A Push For Stronger Contract Farming Regulations

Contract farming is a common choice among farmers in the northeast of Thailand due to its low start-up costs and potential financial advantages. But farmers report that the system is ridden with problems and many producers involved find themselves to be in severe debt and feel controlled by the companies they work for. A recently proposed contract farming protection act pushes for more regulation and is supposed to be reviewed this month. 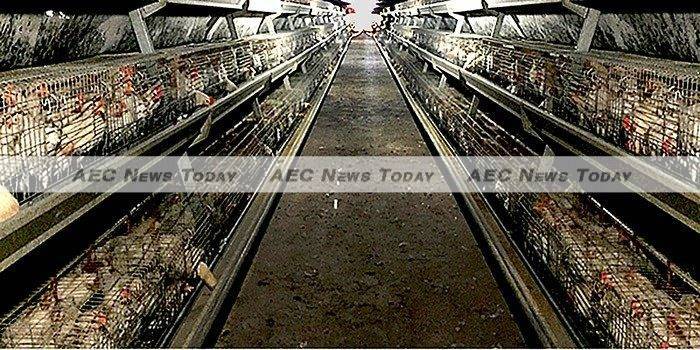 Shortly after the sun settled deep into the horizon on the other side of the Chi River the sky turned to an inky black and the structures of fish baskets, corrugated tin shacks, and wooden walkways became shadows on the water. A pickup truck backed down to the river’s edge with two large water tanks filled with baby fish. Every family member quickly took up their position and the fish were scooped out of the tanks, weighed, and poured into baskets in the river all by the beam of a giant flashlight.

Wilaiwan Khammi, a second generation fish farmer, operates an independent fish farm with her extended family. For three years they have been successfully selling their fish to an independent market vendor at the local market in their hometown, Baan Din Dum in Maha Sarakham Province.

But this independence is newfound. Ms Khammi and her family used to be contract fish farmers for Charoen Pokphand Foods (CPF).

Although contract farming is a common choice among farmers, the system seems to be ridden with problems.

All across the country contract farmers are producing anything from vegetables and rice to cash crops and livestock. CPF claims on their website that there are 200,000 contract farmers nationwide, however, other data suggests that this number is much larger.

A CPF broker visited Ms Khammi’s village years ago promoting contract fish farming as a profitable future. The company offered to cover the initial start-up costs including the fish, feed, and infrastructure, in return for the producers to provide a certain quality and quantity of fish throughout the four month harvesting period.

This promise of a consistent buyer was appealing for the 300 – 400 people in the village who leapt at the chance to create a stable form of income.

For the first few years low start-up costs and an increase in family income had the villagers under CPF’s spell. However, reality struck when the fish started dying. The cause of death remains unknown but many affected farmers claim that CPF sold them fingerlings (baby fish) of sub-par quality.

With the company refusing to accept responsibility farmers were uncompensated for the losses and were unable to sell the entirety of the fish that they had paid for at the beginning of the season.

Contract fish farmers are often tempted to sell to other contractors who offer higher prices, but many felt restricted by the contract that kept them from making their own business decisions.

Farmers report that they were verbally threatened that if they were caught breaking contractual regulations the company could refuse to supply them another shipment of fingerlings.

Despite this Ms Khammi said that she and her fellow producers “were not afraid, but frustrated. We felt sad because there was this option to make more profits for our families, but we couldn’t choose it. You have to sell to CPF even though you’re not happy or satisfied.”

Fish farmers who had not signed a contract, but had only a verbal agreement with the contractor were able to leave the contracting system once they stopped experiencing success. Today, of the once 300 – 400 contract fish farmers only five or six producers remain in Baan Din Dum village.

Ms Khammi was able to end her contract with CPF and pay off her debt of Bt 1 million ($ 27,527) by seeking financial assistance from her extended family. This help also provided her the funds to start her independent fish farming business.

As the average debt of contract fish farmers is Bt 300,000 ($ 8,258) the ability to achieve immediate, full financial release is unusual. Many other producers in the village had to return to rice and vegetable farming to pay off their debt and cut their ties with CPF.

Ubon Yuwah, a coordinator of the Alternative Agriculture Network (AAN), is leading efforts to create more protection for contract farmers claiming the current lack of government regulations leaves to much room for farmers to be exploited.

Earlier this year he submitted a proposal to the Thailand government for a contract farming protection act that was drafted in partnership with several organisations. The act is aimed at strengthening government regulations which in turn will boost fairness for all parties involved in the system.

But passing such a law faces many difficulties as there are different types of contract farming systems and varying levels of exploitation that the farmers are subjected to, Mr Ubon said.

The proposed legislation will require written contracts – verbal agreements are common in the contract farming business – and a registration with a local government office. The binding nature of the contract is supposed to help strengthen compliance on both sides of the agreement while clearly outlining farmers’ rights and consequences for breaching the contract.

Passing the Burden to Their Children

In Khon Kaen Province contract chicken farmer Phikul Rongbutsri pulled back the blue tarp tucked around the doorway of a tin building that extends to the far end of her property.

Within the darkness of the building rows of metal cages slowly come into sight, lit by light bulbs hanging from the ceiling. The sound of 25,000 chickens ruffling their feathers fills the room as the chickens packed tightly in each cage come into sight.

After signing a contract with Sriviroj Farm (SF), a large agribusiness corporation that works in partnership with CPF, Ms. Rongbutsri’s father started contract chicken farming by taking out a Bt 700,000 ( $19,269) loan from the state-owned Bank for Agriculture and Agricultural Cooperatives (BAAC).

The loan covered the construction of open-air chicken barns and the first shipment of chickens and chicken feed from SF.

The operation seemed to run smoothly and its profits allowed Ms Rongbutsri to slowly chip away at the debt from her father’s original investment. But after a few years, her business turned into an endless source of debt.

Ms Rongbutsri was told to upgrade her chicken barns to enclosed buildings with a cooling system and new cages, an investment of Bt 4 million ($110,109). If not, she said, SF threatened to not send her new chicks. Upgrading her barns would have spiralled her debt out of control.

“Farmers here don’t dare to speak up for themselves because they’re afraid of the company,” says Suwit Innamma, AAN representative and Coordinator of the Nongbua Subdistrict Chicken Farmers. Mr. Suwit educates farmers of their rights and collects data from farmers to present to policy-makers.

Ms Rongbutsri did speak up, but “the company now sees her as a radical and a violent person because she’s asking for her rights,” Mr. Innamma said.

Lacking the money to pay for the upgrades demanded Ms Rongbutsri claimed she was forced to offer her land title as collateral, which SF used to take out a loan on her behalf and construct the new building in her backyard.

“I know that they are taking advantage of us, but at this point I just cannot do anything”, she said. “Once you step on a tiger’s back you cannot get down.”

In their 2014 Sustainability Report CPF states that seven per cent of their contract farms were “successfully transferred to the successive generations.”

On its website the company advertises that contract farming provides farmers with increased stability and a chance to build a farming business worthy of passing on to their children.

However, while Ms Rongbutsri’s farm will be passed on to her children she will be passing on the burden of debt rather than passing down a proud and thriving family business. They have few other options other than to work as chicken farmers in order to pay off the family’s debt, she said.

“I’ll have to train them. After school, I’ll have to ask them to help me to farm so they learn how to do it,” she said with an air of heavy disappointment.

Ms Rongbutsri blames her dire financial situation on the lack of transparency in the contract and the loans she was forced to take out. She claimed that SF manages her loans and deducts payments from her profit whenever they buy her chickens, without specifying how much.

“I have no idea. They come, pick up the chickens, they carry them and transport them to weigh somewhere else,” she said when asked how much profit she makes from selling a day’s worth of chickens.

This was not always the case; employees who came to pick up her chickens used to weigh them right in front of her eyes. Once she started to notice that the numbers on the receipt did not match up with her notes the company abruptly stopped weighing them in front of her, she claimed.

There is a host of literature written by NGO’s and academics that make recommendations on how to improve the contract farming system. Multiple reports state that farmers should have the right to be present at the time of weighing.

Ms Rongbutsri was not given a formal agreement with protection clauses because the company is “afraid that farmers will have the rights and check on each part,” claimed Mr. Innamma.

Contracting companies also seem to have mislead fish farmers by failing to mention the difficulties farmers might encounter in the contract farming scheme.

Uthai Chaihan, a past fish farmer in Maha Sarakham, who raised fish on a contractual basis for CPF for just one year said “the salesmen just promoted contract fish farming, and didn’t say anything about the risks”.

He invested Bt 200,000 ($5,505), but after three months all of his fish died. “I still have debt and still worry” he said, advising anyone who intends to invest in fish farming to “be independent and invest on your own.”

“The company and farmers should share the risk and responsibility if there’s any loss or damage,” Mr. Chaihan said, adding that a formal contract with clearly laid out terms would be beneficial to farmers.

Mr. Chaihan puts his hopes on the contract farming protection act that is expected to be reviewed this month. If the new legislation passes the contract farming system may be regulated in a way that provides farmers with sufficient information about their rights and prevents companies from taking advantage of misinformed producers, he said.

Written by Elyssa Eull, Kaori Nagase, Lindsay Palmisano and Annie Sadler. This article first appeared on The Isaan Record and is reproduced here with its permission.

Contributor at The Isaan Record
Established in 2011 The Isaan Record is an independent, bilingual news website, focusing on Thailand’s Northeast region, known as Isaan. Comprising 20 provinces and home to about 21 million people, the Isaan region is the poorest in Thailand.

Based in Khon Kaen, The Isaan Record is run by an international team of editors and reporters who focus on the grassroots movements and issues which affect the lives and livelihoods of the poorest part of Thailand and the 21 million people who live there.

Latest posts by The Isaan Record (see all)