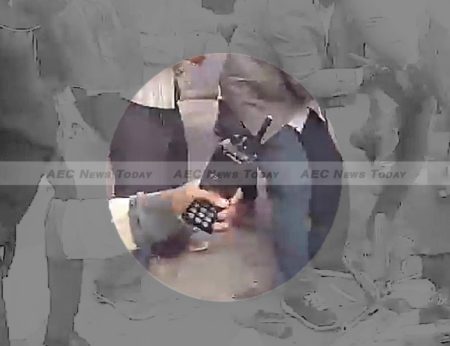 Video footage circulating on social media shows violent clashes between drivers from the Cambodian Transport Workers Federation and members of the Cambodia for Confederation Development Association (CCDA) in Phnom Penh.

In scenes reminiscent of far too many public protests in the nation’s recent history, HD video clips on YouTube reveal the attackers – the faces of many obscured by motorcycle helmets – deploying a range of weapons, including spiked knuckle-dusters and a hammer, and communicating via two-way radios.

‘At about 9.40am some of the 50 protesters, who had been demonstrating near the office of Capitol Tours Bus Company since 8am, attempted to block a bus from leaving the station,’ the statement reads.

‘About 50 supporters of CCDA, many dressed in black clothing and wearing helmets, moved in to “protect the bus” and a stand-off ensued.

‘Shortly after, some members of CCDA, wielding hammers, metal bars and sticks, charged into the crowd, savagely beating and kicking the demonstrating bus drivers and their supporters. A number of anti-demonstration police joined in the beatings, while other police and CCDA members tried unsuccessfully to stop the violence. 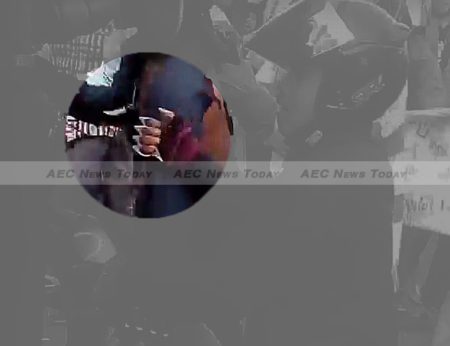 ‘The police then pushed back the bus drivers and their supporters and arrested one bus driver and one tuk-tuk driver, who was beaten in the process. They remain in detention, and could face charges. No members of CCDA were arrested, despite CCDA members openly attacking bus drivers and supporters with hammers and metal bars.’

The statement, released on February 6 by Licadho – the Cambodian League for the Promotion and Defence of Human Rights – also calls attention to the ‘woefully inadequate police response,’ demands the release of two male protesters ‘arbitrarily arrested’, and calls for an investigation.

“People were being beaten on the streets by armed thugs… and the police made minimal efforts to stop it,” said Licadho Technical Coordinator Am Sam Ath. “No one responsible for today’s attack has been arrested for the violence perpetrated by both thugs and the anti-demonstration police themselves.” 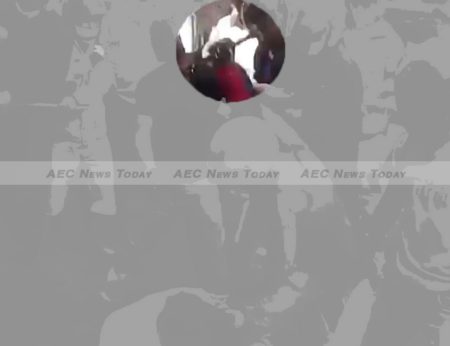 The incident left at least 14 people injured, including protesting bus drivers and their supporters, one human rights monitor and one police officer. One individual suffered an arm fracture, while many others sustained facial injuries from blows to the head.

Following the attack, the bus drivers and supporters marched to two local police stations to lodge a complaint against the violence. At both stations, entrances were barred and police present refused to accept the complaint. Eventually anti-demonstration police arrived and dispersed the demonstrators.

Capitol bus drivers have been protesting for around two months after the dismissal of 45  drivers, who claim they were fired after trying to form a trade union. Following a request by City Hall that Capitol consider rehiring the drivers, the protesters temporarily halted demonstrations on January 26, only to resume again on February 1 after Capitol ignored City Hall’s request.

The CCDA, a small tuk-tuk and motodop association, claim that bus drivers’ protests are disrupting the tuk-tuk trade around Capitol bus station. In September 2013, two participants in a CCDA protest told media they had been promised money to participate, and had no knowledge as to what the protest was about.