By David Swartzentruber on September 28, 2015 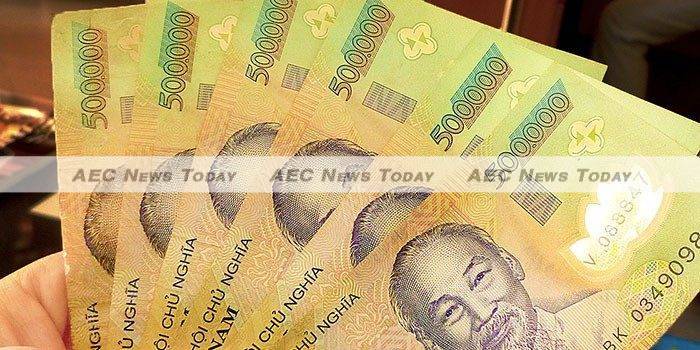 The latest revision to regional GDP forecasts by the Asian Development Bank (ADB) sees Vietnam overtaking the Philippines as the fastest growing economy in Asean with Vietnam 2015 GDP forecast at 6.5 per cent, with growth remain strong in 2016 at 6.6 per cent.

An increasing number of  Chinese electronic companies are moving into Vietnam due to lower wage rates and attractive foreign investment incentives above what regional manufacturing powerhouse Thailand is offering.

Fresh foreign direct investment (FDI) inflows into Vietnam during the first nine months of 2015 amounted to US$9.65 billion, an 8.4 per cent YoY increase over the same period in 2014.

According to the Vietnam Ministry of Planning and Investment (V-MoPI) FDI in excess of $11.03 billion was pledged during the nine month period, an increase of 44.5 per cent over 2014. More than 1,400 new FDI projects were granted licenses, while 461 projects saw investment increase $6.11 billion, up 72.6 per cent YoY. The value of new projects and increased registered capital amounted to $17.15 billion.

The increase is due to large investments in major projects such as the $2.4-billion Duyen Hai 2 thermal power plant by Malaysia’s Teknik Janakuasa Sdn Bhd, and add-on investment of $3 billion by Samsung Display in northern Bac Ninh province.

Vietnam hopes to attract $23 billion in pledged FDI for the 2015-16 financial year, an  increase of 40 per cent over 2014-15, while actual inflows are expected to remain slightly unchanged at $12.5 billion.

According to the ADB Vietnam manufacturing output in the first half of the year rose by 9.9 per cent while financial sector performance improved due to lower commodity prices.

This has helped curb price growth and increase disposable incomes, while reducing business costs. Inflationary pressures this year has also been less than anticipated with the year-average forecast revised down to 0.9%. Inflation is still seen rising to 4 per cent in 2016 paving the way for lower interest rates.

Due to lower inflation private consumption is on the rise with improved consumer confidence and growth in non-farm wage employment all helping to boost the local economy.

While all of this sounds rosy, the ADB warns there are still obstacles that Vietnam and other Asean countries are or will soon be facing.

Slowing economic growth in China, one of Vietnam’s largest trade and investment partners, may dampen trade prospects while continued low global commodity prices will reduce export earnings for key sectors such as oil and agriculture. In addition the ongoing drought has hit coffee and rice production and driven up food prices.

Public debt, including loans guaranteed by the government, is another concern and is projected to rise to about 62 per cent of GDP by the end of 2015.

The ADB notes that external public debt, which is mostly long-term concessional loans, has remained at around 28 per cent of GDP over the past three years, limited by increasingly complex procedures to mobilize official development assistance.

Higher-cost domestic debt is estimated to rise to 33 per cent of GDP this year with debt servicing expected to absorb 15 per cent of total government revenue in 2016.

According to the ADB concerns about public debt and debt servicing are expected to prompt the Vietnam government to tighten expenditure growth to narrow the budget deficit starting in 2016.

The ADB says the challenge will be to manage this tightening in a gradual, predictable manner that avoids disrupting the economy’s upward momentum.

Another challenge facing Vietnam is filling the number of job vacancies being created by its mushrooming economy.

The figures is a result of surveys conducted on 4,200 enterprises that regularly recruit staff, with Mr Tuan saying 62 per cent of the long-term positions requiring trained and skilled workers. Some 25.27 per cent of the positions are in the field of business sales with 17.35 per cent in the services sector, (9.57 per cent transport, storage services and import and export sectors, 7.28 per cent in information technology, and 5.39 per cent in the tourism, restaurant and hotel sectors.

According to Mr Tuan workers with university degrees and higher qualifications account for 16.50 per cent of the recruitment needs, while workers trained in colleges account for 18.24 per cent, vocational schools 20.74 per cent, and manual workers 24.56 per cent, a fall of 29.53 percent compared to the same period last year.

With the coming of the Asean Economic Community (AEC) at the end of the year the ADB notes that almost all the ten member countries are likely to be in need of skilled and/or experienced workers and there are likely to be shortages in all countries.

At the same time Mr Sidgwick said Vietnam’s poverty-reducing achievements over the past three decades have been remarkable, making the country one of the most successful stories in terms of global poverty reduction.

Update: This story was updated at 6.30pm on September 29, 201:. On the day that this story was published the Vietnam General Statistics Office (GSO) announced that Viet Nam GDP in the first nine months of 2015 grew at an estimated 6.5 per cent.

According to the GSO the industrial and construction sector posted growth of 9.57 per cent, the services sector growth of 6.17 per cent, while the agriculture, forestry, and fisheries sector grew 2.08 per cent.