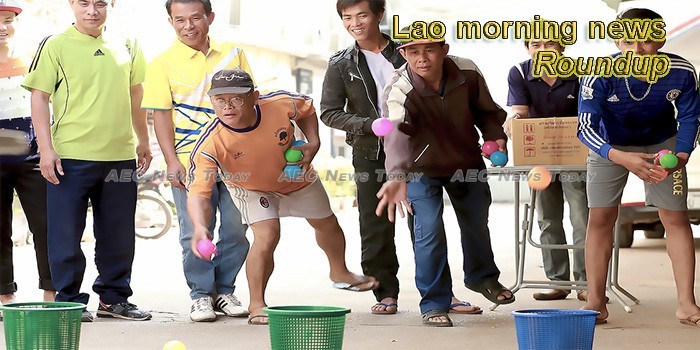 Authorities to bolster heritage preservation efforts
Authorities will intensify their efforts to improve the preservation of the nation’s traditional culture including the launch of inspections and official registration of heritage restoration.
— Vientiane Times

Fighting pollution in Laos
In Laos, the convenience of plastic is taking its toll on the environment.
— Deutsche Welle

Laos, Vietnam to continue labour development cooperation
Lao and Vietnamese authorities have confirmed that they will continue to cooperate to develop labour skills in Laos and protect workers’ rights in the two countries.
— Vientiane Times

Lao Insurance Industry Governance, Risk and Compliance Report 2019 – ResearchAndMarkets.com
“Governance, Risk and Compliance – The Lao Insurance Industry”, report is the result of extensive research into the insurance regulatory framework in the Loas giving insurers access to information on prevailing insurance regulations, and recent and upcoming changes in the regulatory framework, taxation and legal system in the country.
— Business Wire

Ang Nam Tien reveals languid lake lifestyle and elephant conservation
Xayaboury has long held the distinction as having the largest number of elephants in Laos which have commonly been used to carry heavy items to and from fields and forest, and the now the province is gaining wider interest for its many attractions.
— Vientiane Times

Luang Prabang, Laos: City of Gold with a French connection
It’s early morning in the UNESCO World Heritage-listed city of Luang Prabang yet the sun bears down vehemently as if attempting to melt the gilt edges off its centuries-old temples.
— Traveller

Lao scholars complete master’s degrees in Japan
Some 20 Lao fellows have successfully completed their two-year master courses in Japanese universities under the Project for Human Resource Development Scholarship by Japanese Grant Aid (JDS), while 20 new fellows will be sent to study in Japan this year as the JDS 20th batch.
— Vientiane Times (paywall)

Lao Morning News For May 31