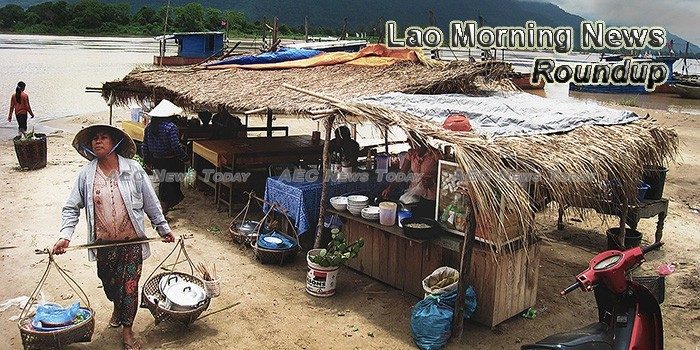 Laos steps up cooperation with GMS countries for rail connectivity
Laos continues to look forward to cooperating with neighbouring countries for sustainable railway connectivity in the Greater Mekong Subregion (GMS) while pursuing its dream to transform the country from landlocked to land-linked.
— Vientiane Times

Lao Government agrees to religious freedom education
The US-based Institute for Global Engagement (IGE) will roll out a series of seminars focusing on “religious freedom as a human right, Lao government policy on religious activity and encouraging dialogue between religious and government leaders in outlying provinces”, the IGE announced recently.
— Sight Magazine

Officials debate content of draft health insurance law
The Ministry of Health and involved government bodies last week held a brainstorming session on the draft of the Law on Health Insurance, which is being drawn up to ensure all people of all ethnic groups have access to healthcare.
— Vientiane Times

Achievements Made Last Year With Revenues Rising, Spending Limited; Growth Enjoys Good Pace In Q1, 2018
The government has made several achievements in implementing its socio-economic development as peace and order and political stability continued to be maintained, economic growth was recorded at 6.9% last year, according to Government Spokesperson Chaleun Yiapaoher.
— Lao News Agency