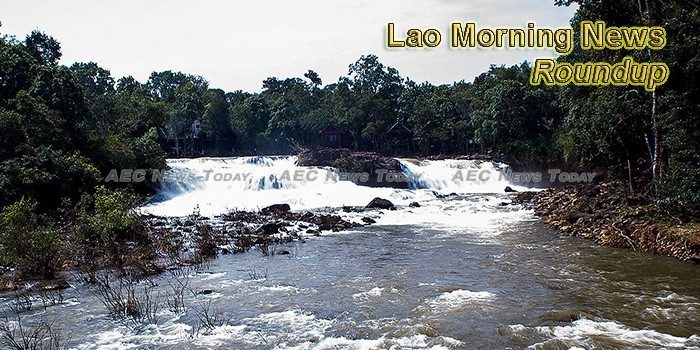 Investment in Laos keeps rising, says PM
Lao Prime Minister Thongloun Sisoulith recently told the ongoing National Assembly (NA) meeting that there has been good progress in investments in Laos, with 4,118 enterprises being registered and approved for investment between January and June 2.
— Xinhua Net

Laos to host CLMV Summit in 2020
The next Cambodia, Laos, Myanmar, Vietnam (CLMV) Summit will be held in Vientiane in 2020 when Laos will chair the summit, while Cambodia will chair the 9th Ayeyawady-Chao Phraya-Mekong Economic Cooperation Strategy (ACMECS) Summit.
— Vientiane Times

WWF-Laos Continues Sustainable Rattan-Bamboo Harvesting Project
The National Agriculture and Forest Research Institute (NAFRI) under the Ministry of Agriculture and Forestry, and the World Wide Fund for Nature (WWF-Laos) signed Memorandum of Understanding on Sustainable Rattan-Bamboo Harvesting and Production Project Phase V for the period of three year (2018-2020) in 28 villages of Bolikhamxay, Xekong and Saravan Provinces.
— Lao News Agency

Lao dam under review
Laos has begun formal consultation on the Pak Lay hydropower dam project in its northern province of Xayaburi amid environmental concerns that it will impact the Cambodian stretch of the Mekong River.
— Khmer Times

Medics make stand against dengue fever
Over 100 local people and officials gathered in Vientiane on Saturday for activities to mark Asean Dengue Day and support Laos’ battle against the deadly virus, with 1,089 cases and two deaths reported so far this year.
— Vientiane Times