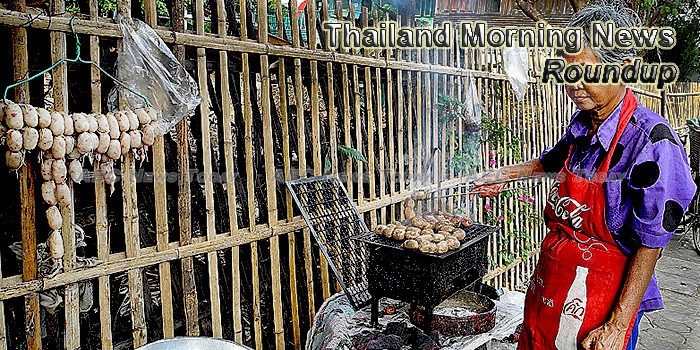 Thailand’s PMI returns to expansion in June
The Nikkei Thailand Manufacturing Purchasing Managers’ Index, or PMI, rose to 50.4 in June from 49.7 in May.
— Nikkei Asian Review

Treasury: Observation tower will generate B47 billion
he 4.62-billion-baht Bangkok observation tower project will draw more than a million tourists per year and generate 47 billion baht of tourism income during its 30-year project duration, said the chief of the Treasury Department which is supervising the project site.
— Bangkok Post

BOT reports continued economic growth for May
The Bank of Thailand (BOT) reports an export increase in most industries in May.
— NBT World (video)

Proposed online tax targets foreign firms
The Revenue Department has set a withholding tax rate for online purchases in a range with a maximum of 15%, a change from a flat rate of 5% proposed previously.
— Bangkok Post

PM ‘must quit now to contest in polls’
Prime Minister Prayut Chan-o-cha must resign by this Wednesday if he decides to field himself for the next general election expected to be held late next year, an expert says.
— Bangkok Post

Thailand & Myanmar approve border road development project
Welcome back, it’s time for ASEAN and Beyond segment. The governments of Thailand and Myanmar have agreed to a plan to construct a road linking Dawei Special Economic Zone (SEZ) in Myanmar to the Thai border.
— NBT World (video)

Thailand’s thriving industry in crocodile farms
Thailand is home to some of the world’s biggest crocodile farms, where tourists can see the giant creatures lounging in the hot sun, chomping on chicken, or swarming in emerald green pools.
— CNBC

KRUNGSRI ADDS REAL-TIME TRANSFER
Approved by the Bank of Thailand, Krungsri (Bank of Ayudhya Pcl.) has developed financial innovations under the Regulatory Sandbox guidelines and becomes the first bank in Thailand to introduce a real-time |global funds transfer service based on the Blockchain’s Interledger technology for the business and industry sector.
— The Nation

Start-up targets the ‘unbanked’
THAI financial technology start-up Omise has launched a new company called Omise GO to offer a network that would allow electronic wallets to be interoperable through block chain technology.
— The Nation

All quiet on Cambodian border as new alien workers’ law starts to bite
The main border crossing in Ban Klong Luek of Aranyaprathet district opposite Cambodia’s border township of Poipet which is usually busy with Cambodians waiting in long lines since the morning to cross into Thailand to work was relatively calm on Sunday following the enforcement of the new alien workers law which seeks higher penalties against both employers and employees who violate the law.
— Thai PBS

TREASURY LAW TO INCREASE TRANSPARENCY
The Treasury Department has revised the law governing renting of treasury land plots for commercial project development to ensure transparency in the leasing process, according to director-general Patchara Anuntasilpa.
— The Nation

BMA schools transform themselves into bilingual schools
The Bangkok Metropolitan Administration (BMA) is urgently developing all schools under it to be bilingual schools and use technology more in line with the government’s Thailand 4.0 policy.
— NNT